July 10, 2020
For some unknown reason I was actually somewhat productive today by Rona standards. Made and sent two boxes (US, UK), and packaged up some of our swanky new and oddly timed tote bags to send away. They're super cute! 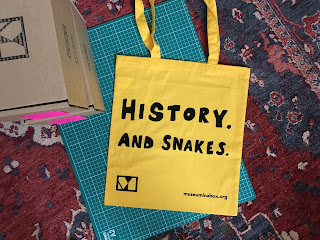 I even posted all the bits and bobs. Interesting how few people give a shit about distancing at all, on the street etc. I wear a mask at all times when I wander about to the local shops.
I had lots of inputs today - the one that sticks out was a brief talk by David Olusoga, a British-Nigerian historian and broadcaster, at an event called 5x15 - which I've only just found out about and there are a lot more talks to watch, all 15 mins long and off the cuff. Here's the talk:
Professor Olusoga was talking about the forgotten history of slavery in Britain and in particular mentioned a remarkable set of records at the National Archive - T71, 1,631 files, including the Former British Colonial Dependencies, Slave Registers, 1813-1834. Here's the National Archives finding resource about the files (it looks like their "discovery" site is down at time of writing though). But, those docs have been made into a database hosted at UCL, and it's online and called Legacies of British Slave-ownership. You can look up your family name like I did and discover that people who shared your name owned 73 human beings. 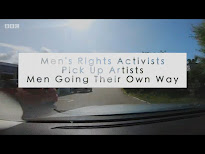 I'm sorry to say that if I see a slug inside I will flush it down the loo. I can't stand them. And they eat the cat food. I felt a similar impulse after I had watched a documentary on the BBC called I Am A Men's Rights Activist. Intersectionality/Buddhism is difficult. Is it really possible to listen to everyone? No. You don't have to do that. I quote Kim Crayton when she tells us she doesn't give a shit how hard this is for white people.
Also... perhaps almost the BEST NEWS in 111 days was that when I was riding home from the allotment, I went to grab a few beers from the Truman brewery that Chris took me to the other day and I was dreaming about having a casual beer in Viccy Park on the way home when LO! BEHOLD! A bunch of three blokes were sitting around but actually they turned out to be a small business called THE BIG SMOKES who were minnows to the Truman infrastructure and may even minnow their way all the way to Walthamstow in three or four weeks but I digress they were selling BURGERS. So I got one after telling them that I haven't had one for at least 111 days. They basically just heated one up on the lukewarm barbie and put plastic cheese on it but I don't care. I took it to the park with my beer and ate it looking at the clouds. 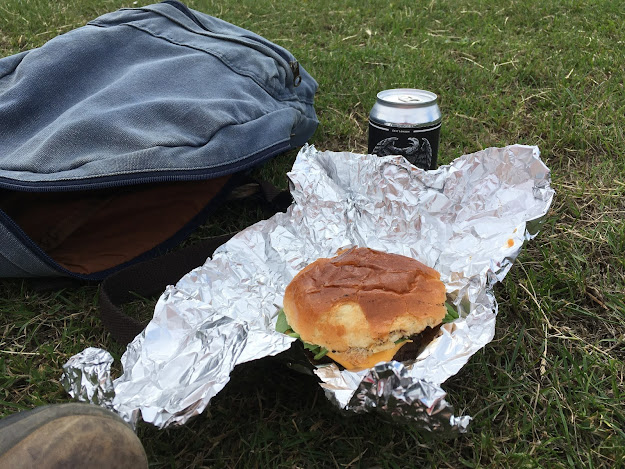