July 11, 2020
Apparently the leader of the country is feeling squeamish about telling people to wear masks. That probably means he's had the advice that people should wear masks. At least in all shops at all times. Enough of this deferral of responsibility to proprietors. Humans do better when we're led, most of the time. (It's not like Trump is actually trying to lead anyone, is it?)
Today I had a good Saturday. Found a good new morning spot for the summer for when I'm up early enough. Listened to lots of The History of White People. Learned a lot especially about racial judgement around early 20th century. Surprised at what a long run scientific racism had in the USA (but then again not). Sorry to hear that Teddy Roosevelt was a fan of eugenics and all that, especially since I was broadly a fan of the New Deal stance around supporting arts and culture.
My neighbours came for dinner. There was rosé and pork and a magnificent pineapple cake, which I still have a piece of for tomorrow. And zucchini. Actually dinner was delicious. I grilled pork and lamb, and zucchini and asparagus and big spring onions. Served them with a salsa verde and a roast tomato and fennel "sauce". Delish. 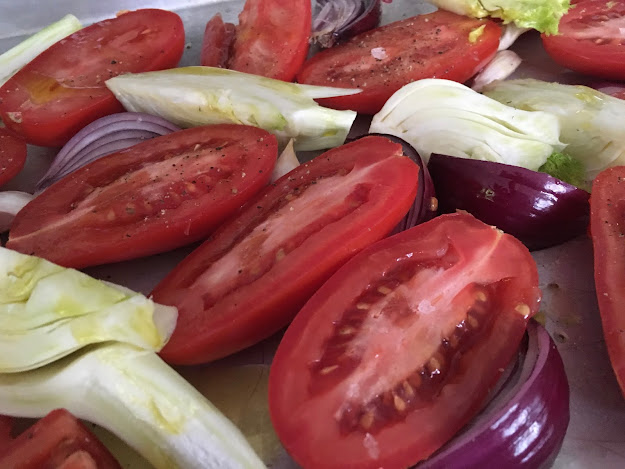 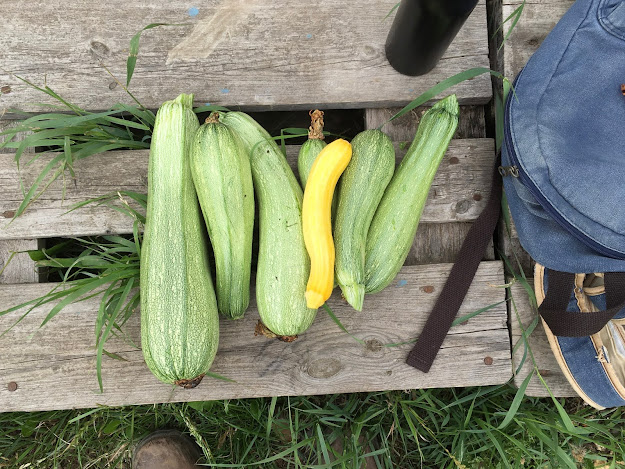