July 13, 2020
My guess is this might be getting a little boring. Even moreso now that I've taken my foot off the gas and am detaching from work. At least for a bit.
It stuck me as I put on my boots and hat before riding to the allotment that those are the kind of clothes I wouldn't mind wearing to work. Although the other sort of clothes I'd like to wear to work is mostly Carolyn from Killing Eve. Anyway.
I met Lynsey in the park - she's just got a new bike - for a coffee in the late morning, then we went to the garden. I weeded a bit and wiggled the beans up their bamboo (yes, my bamboo, proving useful). I picked a squash the size of my head and Lynsey picked some spring onions, we ate the sausage rolls we got with coffee, and did the watering.
I've finished listening to The History of White People and fuck the 20th Century is scary. I've started the Who Killed Malcolm X documentary on Netflix. I don't know anything about the detail around his assassination. Wow. What an amazing speaker. I haven't seen much footage of him speaking in my life. In some of the clips, I've loved to see the crowd, too, who are clearly enjoying his take, and when he says things like we don't give a shit about integration that's not what we want to be doing.
In a curt nod back to the beginning of The Unending Present, i.e. baking, for dinner I made a galette with chard and spring onions and it wasn't bad. Now there's lots left. Could be improved with cheese? There must be things you can do with basic shortcrust pastry to make it better. Spices, herbs... cheese. I also put some of the salsa verde I made for the barbie the other day in the mix and that was good. It's fucking satisfying picking veg and taking them home and then eating them. The chard was thick like pasta almost. Firm and fresh, not fragile. 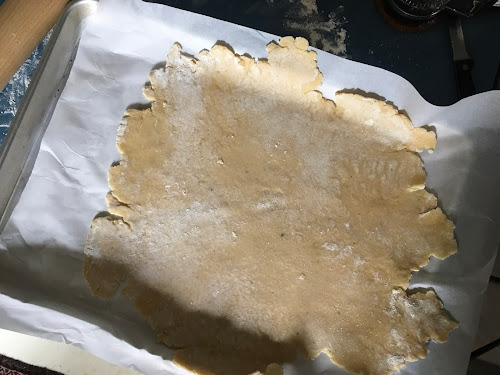 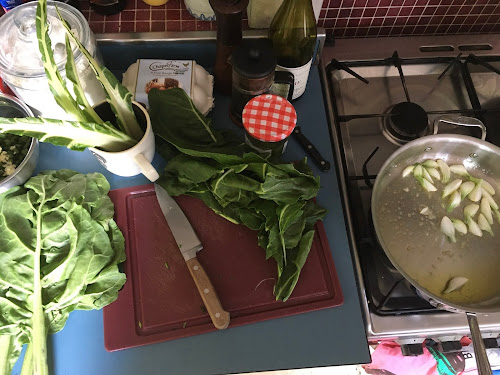 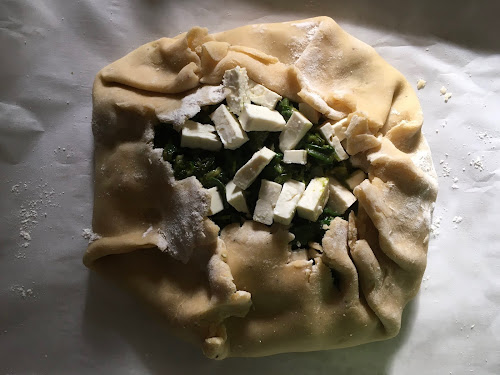 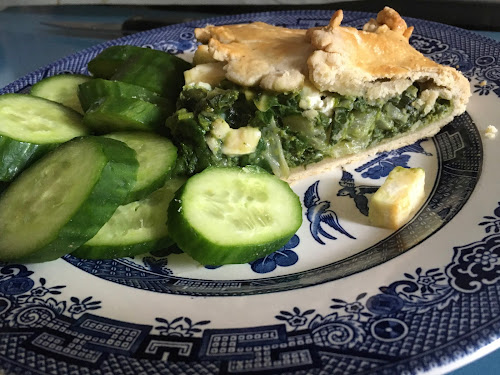 Now I'm watching Us and it's only three minutes in and I'm scared already. Get Out was terrifying, so I have high hopes.