Based on a true story.

I had a nice lazy start to today. Dozed until 9 or so. Slow breakfast. Had a nice chat with Chris through the fence. He even passed one of his speciality cinnamon coffees through the fence as we both watered our gardens in the heat. They're off to the US for the summer.

I'd been waiting for the lunch I had today since I made it the other evening for our celebratory Museum in a Box barbie. It's so simple, and could be dessert. and screams summer, and Italy.

I spent a bit of the morning searching fruitlessly for that secret, close beach that nobody has found yet. In England. That's quite close to London. And not crowded when it's 30'C plus. There isn't one.

So, I thought I'd check out the very closest one I could find. That's Blanvey Island. It's about 30 miles away, so quite a bit closer than either Tankerton or Bexhill. But, it's shit. I drove through the seafront area, which was covered in families and some show rides and restaurants. Packed with people. I parked further along - that seems to be a tiny tip - don't go to the centre if you want space. Here was the view: 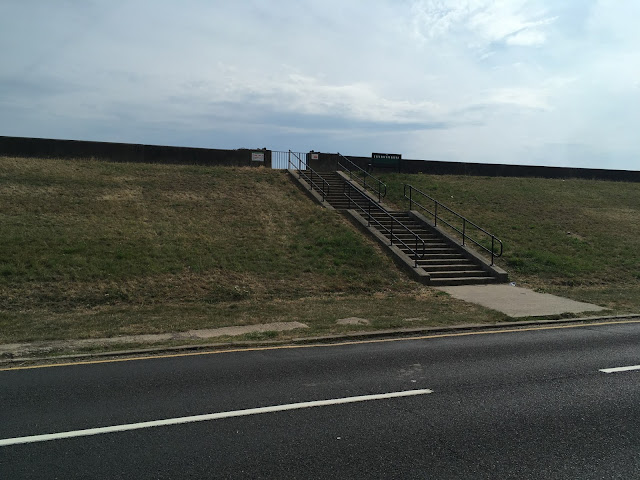 Once you got up the steps, there was a boardwalk, with benches along. I sat for a bit, and read a bit. Happy watching folks wander by. No beach, per se. 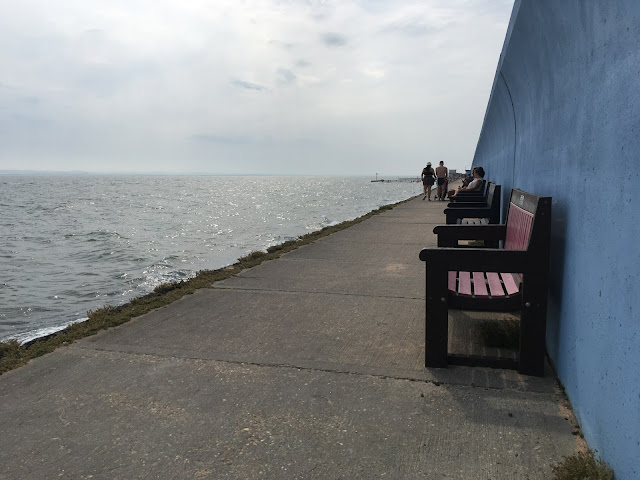 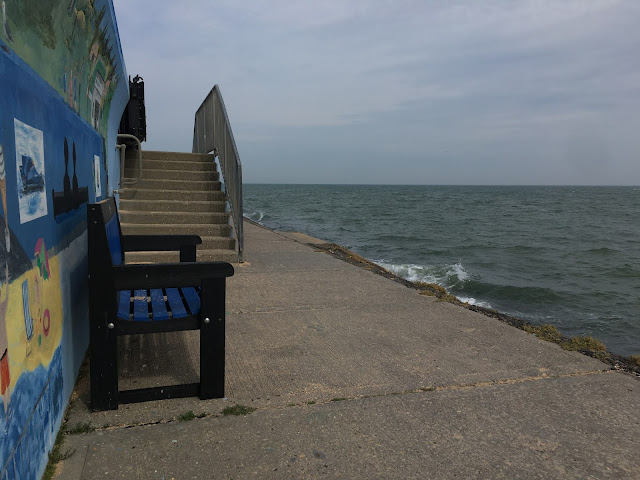 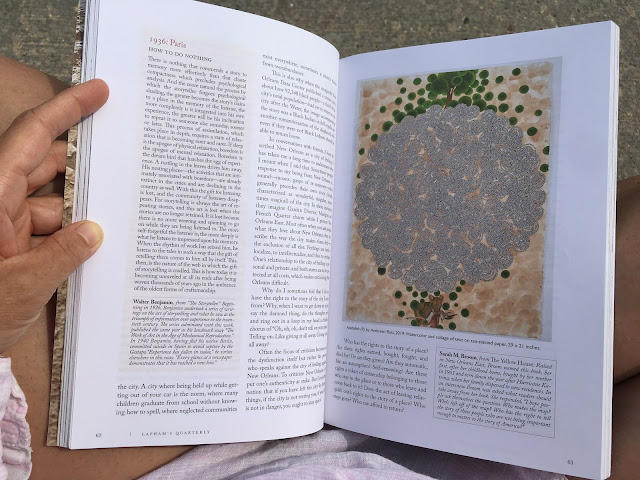 I read a short essay by Walter Benjamin written in 1936 and apparently a precursor to The Work of Art in the Age of Mechanical Reproduction, about how to do nothing, and how storytelling was dissappeared even back then because people weren't doing nothing anymore, and you have to do nothing (or perhaps knit, or similar) to listen to stories.

Maybe because it's so close to London, there's absolutely nothing special about Blanvey Island. It's odd and even feels a bit sinister, and, well, shithole-y. There was a tiny, tiny bit of sand, and some bright spark had erected a wire fence around said "beach" so people could swim, without, I presume, being swept out to sea. I was jealous of the family that had a little barbie on their bench. So was everyone else, I'm sure. I left without a swim. Dry bathers leaving a beach will not do.

Drove back. Fooled the lady on the phone successfully! Took a shortcut through Stratford, so saw more of London that I'd never seen before. I really like being out and about. I think everyone else does too. Everyone's out.

Got home. Shit. Forgot to go to the allotment.

Now, I could have driven in my new car, but, I rode instead. Thankfully, everything was still alive. Lots of raspberries ready to eat immediately, so I did. Watered everything. Called Michele in SF. Talked like I'd never left. And yet, there's huge distance. London was out in the parks, and drunk, and young, mostly.

The air is not moving very much so it's still warm. I got a cheapo pizza and a couple of cans of Fosters - yes, I know, but it's not a bad lager so up yours - and tried to write this in the coolth of the backyard, but the WiFi didn't stretch. In the background, I'm watching Miriam Margoles travel around Australia, where she's become a citizen. She's trying to understand mateship. Ahh, mates.