Apart from a short family hands-free Skype that got chopped by driving into Blackwall Tunnel, I said a total of three words today: Is this yours? as I handed an inflatable unicorn to the father holding an identical unicorn and his daughter in the surf at Viking Bay. Apart from that, a glorious day of silence, sun, and listening.

I don't even know how I came across Viking Bay. It was this morning. I think maybe instagram somehow. So, I went. I can't even remember what helped me decide. That's how much I'm on pandholiday right now.

It was a classic. The English like to mark their territory. 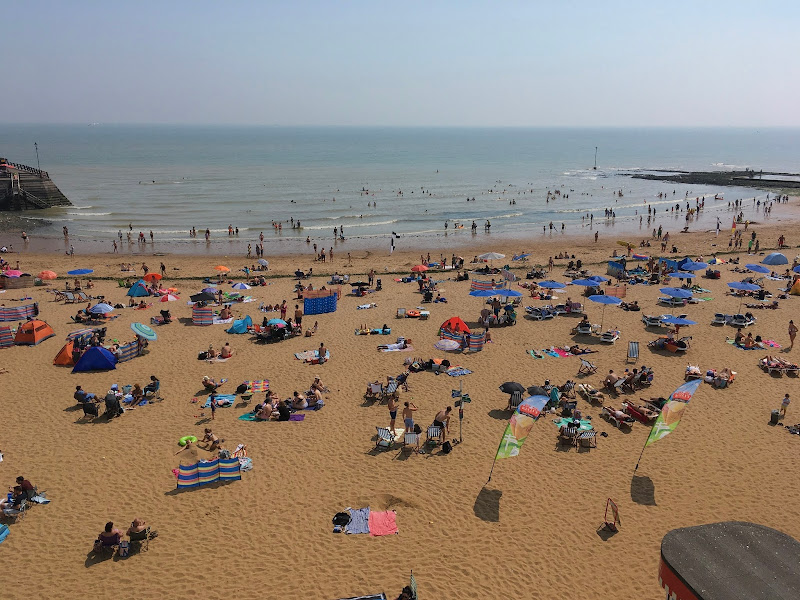 They have windbreaks, umbrellas, inflatable this, inflatable that, chairs, all kinds of crap. For a DAY AT THE BEACH. I got there at about noon. Managed to find a spaced out spot and plopped down. Glorious. My Vitamin D must be at 400% right now and I love it. I had a couple of long swims where I went out a far way and looked back. After my first swim, I got a BEER. They had BEER. Actually, I said a few more words to the nice Kiwi beer chap, but kept it short.

It was great. Loved it. I can't tell if the sand is fake or brought in or whatever. Apparently they also do that a bit here? I don't care. It's a good one. Might go mid-week, again, to see if it's less busy. But, I guess lots of people are still furloughed, so it probably won't be. Worth a try though.

To and fro, I listened to Ibram X Kendi read me his book, How to be an Antiracist. It's good. It's about the idea that you can't be neutral; can't be "not racist". You either are, or you are antiracist. It's a dose of reality. He talks about two types of racism: segregationist (deliberate support and development of superiority/inferiority/separatism, and assimilationist (surely "they" can get to our level with the right support?). Kendi called assimilationist paternalistic.

Paternalism is the interference of a state or an individual with another person, against their will, and defended or motivated by a claim that the person interfered with will be better off or protected from harm. ∞

Seems right. You're just presuming that bringing in a Black person into a white zone will make things better or help in some way or whatever. But that presumes that the white zone is the best place. It's also very much about classification and hierarchy and their construction and design, which is also the source of a bunch of cultural racism. Objectivity and jargon.

So I got wondering about what maternalistic might mean. The definitions online are all about t"being motherly", but I wonder if it could be more about not categorising everything. Maybe it's about not having a favourite child, but liking them equally, no matter who they turn out to be, and respecting their differences, instead of trying to force them into groups. Or maybe that's what queering hierarchies can do.

I was also reading Lapham's Quarterly MEMORY issue, which felt like a luxury alongside my cold beer. 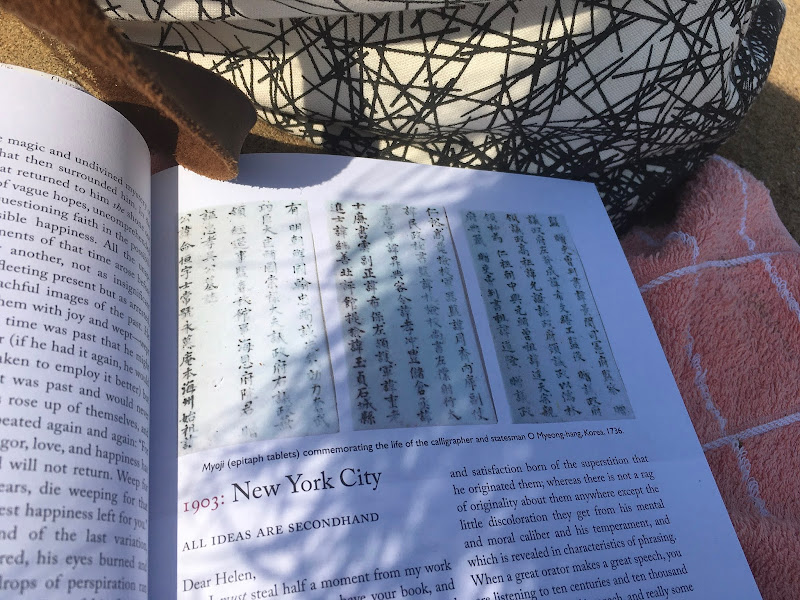