I am just finishing my dinner. The best vegetable, the potato, plucked from its dark Pudding Mill dirt home not two hours ago, peeled, boiled, buttered, salted, and eaten. It is king. I am valiant! I am local. There are a lot more potatoes at the allotment. But Katy has a family, so I cannot eat them all. 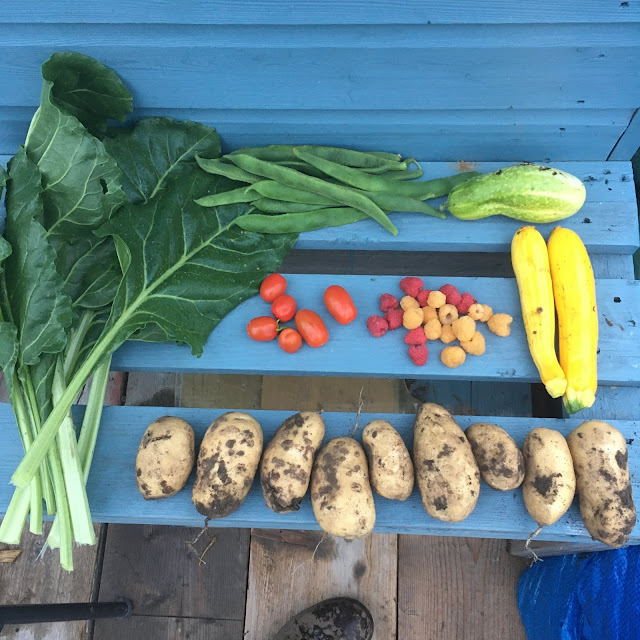 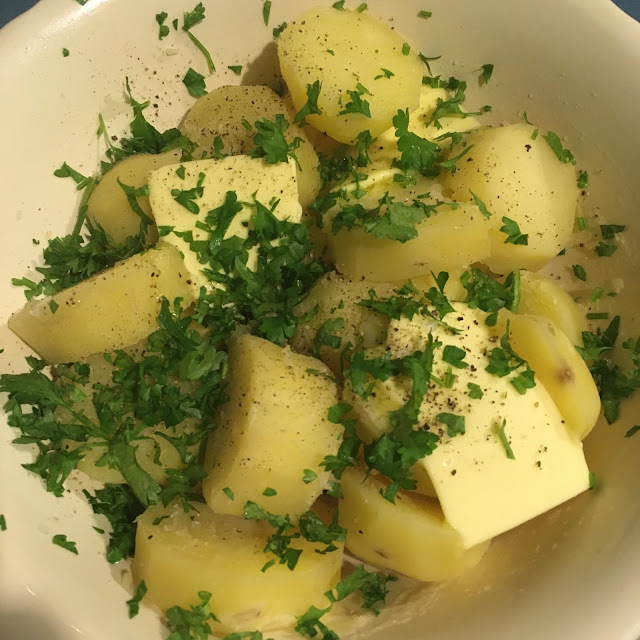 Possibly too much butter. What? That's not a thing.

Not much to report today. Sent 12 Museum in a Box tote bags to Auckland. I suspect there might be some kiddies at the other end about to get a pressie. Either that, or a competitor is starting their schwag offering. I love the idea there is an MB outpost in New Zealand. Auckland Museum has seven boxes!

I found a good page on the Guardian sharing a bunch of info on arts to watch online. I'm watching the impetuous and thoughtless Richard II on stage at the Sam Wanamaker Playhouse, performed by women of colour. That's a wonderful venue, when you're there. It's Shakespeare though, so hard to hold my attention! I think because the stage is so sparse, there's quite a bit of standing around.

And wow. Pandemic, #BLACKLIVESMATTER, now a recession announced, and Brexit to look forward to. Now A-levels are also being fucked by computation mixed with incompetence. The more I've been learning about antiracism, the more I am recognising standardisation as cultural racism. At work, I've often said how difficult it can be for newbies to navigate information systems new to them. It's practically impossible the bigger they get. Most of what you learn at library school is how to apply a bigger, older system than you (and to be very helpful to people seeking objects or texts within it). We're also seeing at this moment how performing blunt operations on a system full of individuals also manages to become exclusive, if the individuals and their individuality are not recognised or known in the system.

“In years to come we’re always going to be the year that didn’t count. The pandemic year.” 18 year old Anna Hogarth said.

What a clusterfuck. What's the maternalistic approach? Ask the teachers to use their expertise and knowledge of each of their students. It'll take longer, but, it will be much, much better.