It's rainy today but I don't care I still got a Magnum when I went to the shops to get milk. Now it's September, which is still imprinted on my mind as spring, thanks to growing up in the southern hemisphere. And September 1st, the first day of spring, is also my darling Dad's birthday. I have celebrated him with an unseen bouquet, a chat on the phone, and a card that will be late. Happy Birthday, Dad.

I've had a good Summer Hols type August, I spose. I hired that car and drove all over the joint. I can hardly remember where now, bizarrely. Furthest North I went was yesterday, to the Yorkshire Sculpture Park. Furthest East might be Tankerton or Something-Or-Other-On-Sea. Furthest South might be Broadstairs which I found amusing. Furthest West might be Totnes for pizza in the blustery undercroft? All in all, spent decent time with lots of friends, some new, some old, none borrowed (?), some blue. I've seen a lot more of the country, which I've enjoyed. Visited various -shires and took roads less travelled. 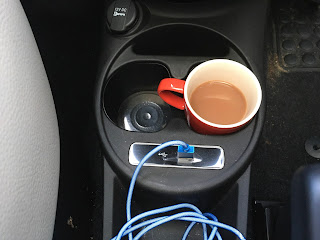 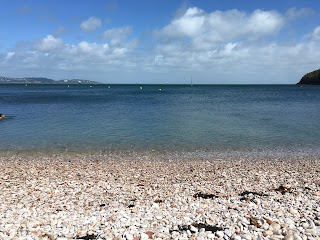 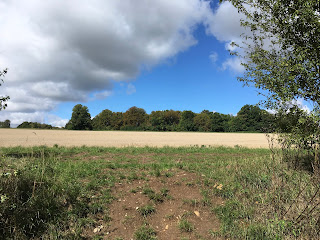 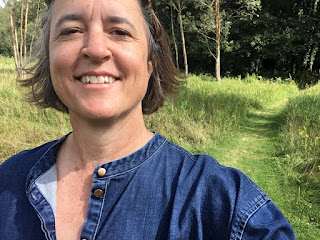 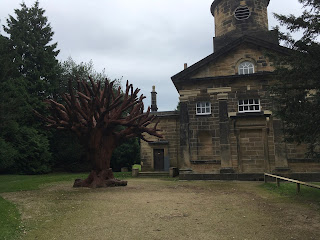 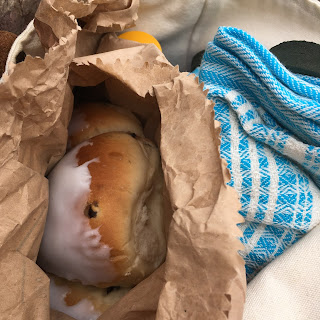 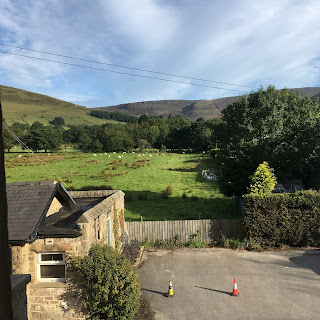 I'm a bit adrift though. I am ruffled and unreconciled and disconnecting. And I don't today especially care that yes I'm lucky and all that shit. No work or team. Family on the other side of the world. Big town with nothing to do. Watching busy friends around me being headless and amazing. Not doing enough action on BLACK LIVES MATTER (and caught in the criticism of if you have all this time to keep learning you're privileged and not really helping, dammit, and then here I am telling you all about my 1% August and fuck). Sitting on my bed, right now, with the black cat (husband) under the quilt, in the very centre of the bed. He purrs when I go close to his lump. He's always been a proximity purrer, even when he was tiny. You just have to get within about 10cm and then he whirrpurrs.

I'm looking and finding some interesting things I could do. I may well end up doing some or all of them. We have had a surprising run on our remaining Museum in a Box batch, which has meant I've had to stand to attention on that (which I don't mind, but it's a bit foggy and feels like I've forgotten some of the steps and it's only two months of the planned twelve of slowing it). I applied for a job I thought I was well suited for but didn't get. That was weird but I briefly wondered if I am an egomaniac and/or if I should perhaps try not to work for someone for a bit longer if I can avoid it.

I'm not particularly woe is me, I don't think - that's not the intent here, and that's often much more obvious with me, although perhaps a therapist would say differently. And well, this is my fucking blog, so get lost. GRRR/

I think what's happened is that I don't have anyone directly influencing me, either positively or negatively, at length. There are moments, strangers, some friend encounters, but, I'm not being influenced by anyone. I normally really enjoy it when a friend or advisor tells me what they think I should do, and actually, I often do it because otherwise I'd just go on questioning everything which can be exhausting. I miss that.

No idea what to have for tea, but that's mostly because I have an excess of chickpeas and a lack of inspiration. I'm not hungry anyway really because of that afternoon tea Magnum and the joy of reheated takeaway duck fried rice lunch. YUM!